Also, 1 year since I brought Tex home for hospice. 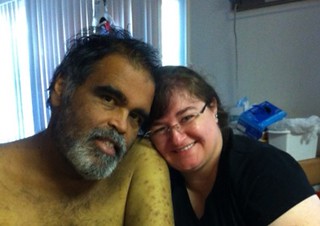 “Leo Love Horoscope 18 June 2013
This is a very emotional time for you. There’s a need to be nurtured and cared for and to share this experience with another person. Women in particular are a focus for this; your home and family environment, as well. Food may seem more important to you than ever before as you try to compensate for the lack of some emotional bond.”

It gives me somewhere to start.
In business, I need to know the end result is going to be a concrete thing and that I will have the deliverable (and the basic requirements for infrastructure that have to be there for future expansion) in place at a certain time. But in life, I have been told that it isn’t about deliverables. (I whined “But why not?” to that…never said I was a grown up.)
I’ve got a list of things to accomplish now. The end result is unknown, but it should be an improvement over right now.
I think I might be calm about the next year now. It isn’t a great yawning chasm of emptiness and despair anymore. I’m sure I’ll get anxious and impatient here and there (I am me after all), but for now, I can wait. It is temporary… and even if I change my mind for an end result I can. But it gives me a plan and something to track to and I can work with that.
Building foundations is lots of work.
(And I don’t think I can adequately express how much I crave calm right now.)

Leo
It’s a much better day for endings than for beginnings — after all, you need to clear out space and energy before you can move on to the next big thing. Put at least one project to rest today.

Leo
By Rick Levine
Although you may be resigned to showing up and doing what needs to be done, you are also thinking about turning everything upside down and making your escape. However, it's unlikely that you will act on your fantasies today because you know that a sudden break in your routine would not bring you lasting happiness. Instead of jeopardizing what you have, do something for yourself that's out of the ordinary yet doesn't throw your life into further turmoil.

These last few weeks have been a giant mess.
Bunny is still doing well, but everything else is kinda getting to that point where I just watch it pile up and burst into flames.
Seriously, I excel at a lot of things; one of those things I excel at is fucking up.
Colossally.

I need to crawl off into a hole and not come out for several weeks… or months.
But I can't do that, can I?
Sigh.
I never could just drop it all and run away-that inner drill sergeant kicks in and tells me not to be such a pansy and quit whining … so I'll post my turkey day recap eventually (yes, it was a mess as well, but a mostly tasty mess and no one got botulism, which is something I suppose) then I might have to be quiet for a while.
My  whining grates on my nerves after about 20 minutes, and I've usually irritated the shit out of everyone about 13 minutes previously.

“[Tarot.com Leo Horoscope] You want to maintain a cheerful and optimistic outlook, but everything is not as rosy as it appears on the surface. You could put so much energy into showing a positive face that you exhaust yourself trying. It surely won’t be worth it if you end up so depleted that you cannot enjoy your time off. There’s no need to perform; others will accept you the way you are.”

Yeah, you know you love me.