Packing is fun.
You know how some people have gift wrapping rooms? I want a packing room/closet.
It would have my current Stolmen shelves on 3 sides, one wall for framed maps and pictures and a big table with drawers/organize-y things in the middle.
But I don’t have that and my closet is currently is kinda messy, so I’ll just make a list well in advance, put things into a designated bag for keeping  them together until the trip, then take over the bed for a while when I do actually pack.
I’ve got my annual trip to Green Bay coming up next week (umm…eeek.) and I need to take more than I usually do. I also think it will be rather nippy this time (last year I wore my jacket liner over a long sleeve SmartWool shirt and was warm enough. Crazy.)
I have a very serious down coat, a honkin’ pile o’ SmartWool things, a wool JCrew rollneck sweater (that I wore in 20 degree weather without knowing it because it is perfect) and snow boots. Actually I have two pairs of snow boots and I’m debating which ones I should take. I suspect I’ll take the lace up ones and use it as an excuse to wear leggings tucked into them the whole weekend instead of proper pants.
There’s a dress involved in this year’s round up so I have to take some girl clothes type things… yuck.
If I use Tex as a mule, I can put more shoes in his bag. I’d check a bag and just use a bigger suitcase, but I’m paranoid about checking bag on the way to a destination. The universe never actually loses your dirty laundry and smelly socks, but crucial items are fair game. (I may still check a non-essentials bag and just rough it with existing things in my carry on if they lose my checked luggage.)
I even have a new carry-on for this trip (yeah, i know I get a new bag almost every trip- but some of them get given away or re-purposed, so I don’t have that much actual luggage. I do sometimes use just bags for short trips.). I found this Lucas lightweight carry-on that is gray with a leaf pattern on it. It had butternut squash colored accents and worked with a lumbar pack I have (that I used for a weekend in Texas when I needed to be hands free as I had borked my nerve in my neck.) Atypical matching luggage, but it met my criteria and kept the inner luggage dork happy.
… until I decided to use the same bag for Green Bay. 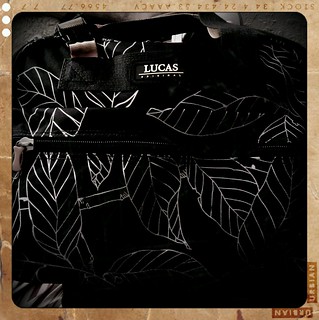 I could get away with minimal packing at my grandmother’s because really I end up living in one pair of yoga pants the whole time I’m there (multiple Tshirts, socks and undies) then changing back into the plane outfit that is fit for public viewing. At most you need one of those bags that fit under the seat and a backpack full of gadgets.
But for Green Bay (and especially this year; see above.) there’s no way I could fit all my cold friggin’ weather gear in a small carry-on. So my inner freakazoid went bonkers trying to come up with a “matching” set that would hold enough for 5 days in the cold. It really only had to be a tenuous link, but a link nonetheless. So I went Marshall’s/Ross/TJ Maxx crawling (Marshall’s was the most likely success as that was where I found the original bag.) and I lucked out and found a small suitcase only $10 more than the original that matched exactly. It isn’t a wheelie but I don’t necessarily need another wheelie.
I test drove it last weekend when I stayed down close to the Monterey Aquarium last weekend and it holds a surprising amount of crap (but you have to be careful or they will get crabby on the plane and not let you in and make you check it… it’s a fine line.) 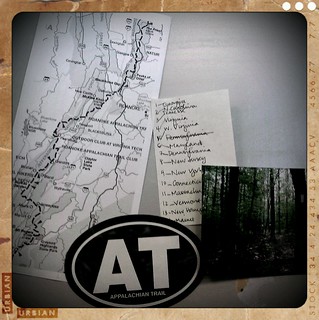 The other thing in my head is a longer trip to the AT. About the same time frame and location as the other with a few adjustment (namely, marshmallows for mama, not eating a group meal and a slower pace with less panic that I was holding up the group.) I don’t regret a thing about the last trip, but I also would like to try a few new things while I’m there and I know myself fairly well, so adjustments will be made.
I’m not quite ready to do 6-8 weeks on the trail and do the entire state yet for a variety of reasons, but I will.
Now, gotta get on the treadmill and also start doing 4-6 miles each weekend day to get ready.
:)

..they are actually supposed to touch the ground at some point.

WHAT TO BRING FOR A TREK IN BHUTAN

PERSONAL CLOTHING: Strong normal clothing (according to season). Preferably cotton even for summer, woolen clothing for the evening and winter.

I haven’t been this angry since that asshole I divorced showed up on my doorstep (I wouldn’t let him in) and then he proceeded to tell me that I was the one who did everything wrong in our marriage and that he was the injured party.
About that time I threatened him with a restraining order, detailed in excrutiating detail what he lied about for 4 years, what delusions he harbored and that if he ever showed up at my door again, I would have him put in jail and I would press charges to the extent that I could… and maybe more. (Plus, I know all of his and his fucked up family’s secrets, so he hasn’t been back since. I can’t even tell you how happy I am to be rid of that nest of snakes.)
Good.
But he isn’t the issue right now, someone else (two someone elses are), and I haven’t been this angry with people since then.
Last night, I watched the last installment of Micheal Palin’s Himalaya.
I’ve owned the series for quite a while, but strangely I don’t think I ever finished it. I’m a total sucker for just about anything travel documentary-y and doubly so with anything Michael Palin. Yes, I’m crushing a bit.
He’s pretty well suited for this job. He’s a dear person, funny, likes people, pretty patient and, in short, has made himself generally beloved… or at least he has managed to uphold the facade well.
I’ve followed him around the Sahara, the Himalayas, the 30 degree mark from Pole to Pole and Around the World in 80 Days.  And soon, I will see a New Europe.
But what I want to talk about is his segment in Bhutan.
A couple of things struck me about that.
1. The Bhutan-ese national costume looks like a very comfy stripey or plaid cotton bathrobe and leggings. Great, where can I get a few?
2. The hiking there looks FANTASTIC. Great, when can I go? (but the $200/day tourist fee? Hmmm maybe not so much.) Mom would dig hiking with ponies carrying all the gear… but mostly she’d just want to play with the ponies.
The whole country looked beautiful and the people pretty chill.
I think right now I need a little of hiking in a beautiful place in my bathrobe… with or without ponies.
Anyone been to Bhutan? Is it all that *and* a bag of chips?

Solio experiment is over for now. I charged my nano, my bluetooth headset and my Treo exclusively from solar power since last Friday afternoon. I probably could have gone longer if I wasn’t indoor or getting out of work so late every evening. But, even though I wasn’t fully out of power when I ended the experiment, all my batteries had been at or below 50% for several days and that isn’t good for longtime battery health.
I think it was pretty successful actually. If I was on the trail I’d be able to keep my nano topped up and my Treo would last a lot longer since I wouldn’t be using the data radio or the headset much so I could get by much longer, not to mention I’d have actual sunight with my Solio on top of my pack rather than UV filtered and greyed windows to charge it from. (Plus I found PowerHero to manage the on/off aspect automatically when I normally am not using it… ~12-7am each weekday and 1-7am on weekends. I’ll take that into consideration on the next experiment.)
I listen to Pattern Recognition as a bedtime story a lot. It helps my brain to focus on that instead of going at 3 bazilion miles an hour and festering over unpleasant things that will take place the next day at work. In the story, Cayce wears a Buzz Rickson’s MA1 replication jacket. When I first read the story, I Googled the jacket and liked what I saw. Then I eBay’d a knock off of a knock off for super cheap. I now call it my Pattern Recognition jacket and it is a bit of a comfort blankie on days like today.
Good thing the Bay Area is nice and cool or I’d roast.

No, actually, it neither fast, nor simple.
I can’t say whether it is free as I have had zero success.

I can understand that you don’t want people to spam your forums, on the other hand, people like me whose primary email address is at gmail and petty things like capitalizing names that I don’t capitalize…
well, I give up trying to participate in your forums.

Its full of too many petty annoyances to even sign up to get in there-I can’t imagine what other ludicrous hoops you make your members suffer through to post.

Also, I tried to email you this feedback, but your email bounced.